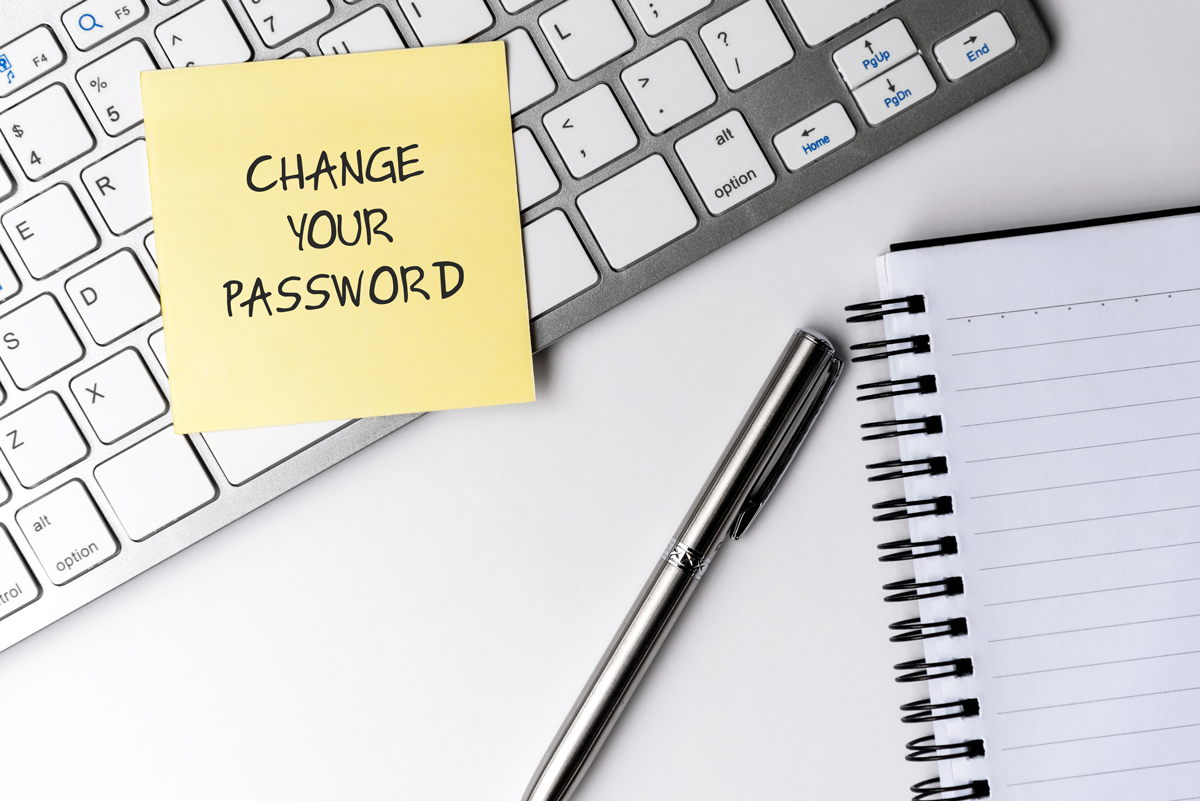 EventsExpertise, Tips, and StrategiesHow To 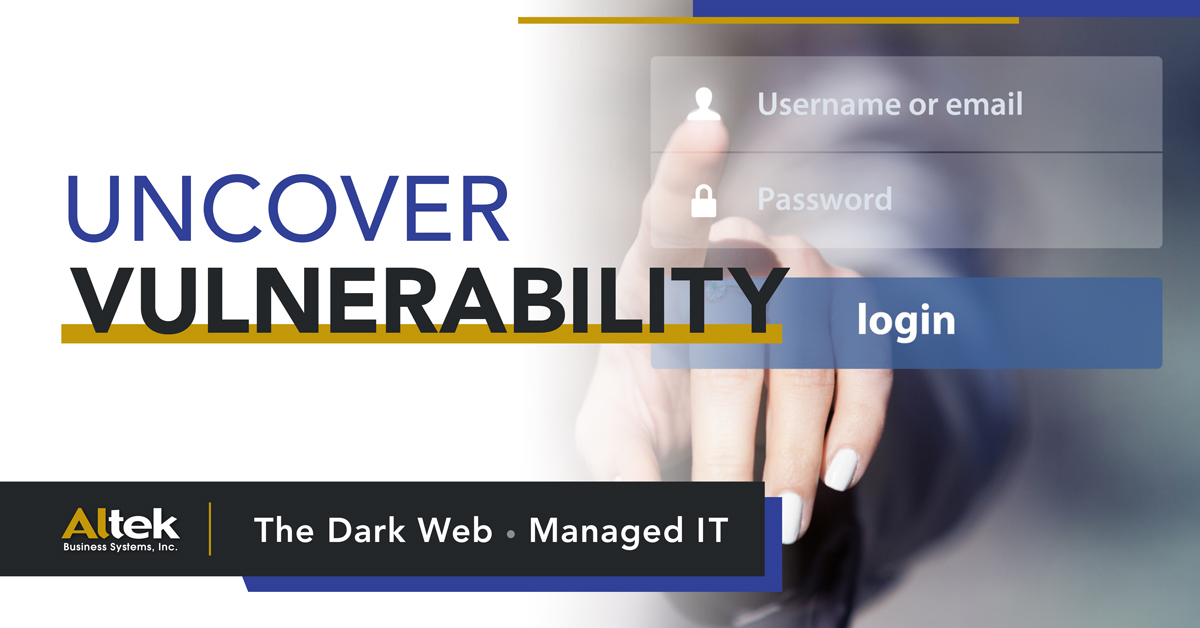 The Dark Web is a sublayer of the Internet, hidden from conventional search engines. Search engines typically only scour 1%  of the indexed, surface-level of the Internet. The other 99% of the Web consists of databases, private academic and government networks, and Dark Web. The Dark Web is estimated at 550 times larger than the surface Web and growing. Because you can operate anonymously, the Dark Web holds a wealth of stolen data and illegal activity.

Once the data is posted for sale within the Dark Web, it is quickly copied and distributed to a large number of cyber criminals. And this can occur within a very short period of time. It is generally implausible to remove data that has been disseminated within the Dark Web. Individuals whose personal information has been discovered on the Dark Web are encouraged to enroll in an identity protection company.

As an IT provider, we believe Dark Web detection acts as an early warning system by helping to mitigate the effects caused by a breach. This proactive signal is critical to protecting valuable IP and customer data. Learn more and request your free scan today!

claim to understand the risk

HOW CAN ALTEK HELP?

We can monitor your accounts and run reports to review with you. We can also include it with our proactive, quarterly Managed IT meetings. Let’s learn more!

Reasons for Our Dark Web Protection

Is it okay if my are employees using the same password across multiple accounts?

We can’t emphasize this enough – you must use strong, unique passwords. Empower your team to recognize threats and respond accordingly. While employees may have moved on from your organization, their company issued credentials can still be active and valid within the 3rd party systems they used while employed. In many cases, the 3rd party systems or databases that have been compromised have been in existence for 10+ years holding millions of “zombie” accounts that can be used to exploit an organization.

What’s the best action plan to keep your credentials on the Dark Web?

We encourage 2FA authentication for more security. Continued monitoring of the Dark Web and backing up your data to an offsite secure location with regular testing.

Are my credentials for sale on the Dark Web?

We can provide a full, detailed scan based on your email and contact information. Should we find a concern, we can take action for you.

NEEDS ASSESSMENT
Systematically explore all your current technology hardware and usage then determine how you can best use current and new technology throughout your organization.

GOALS AND OBJECTIVES
Create obtainable goals and objectives within your organization to focus on the integration of technology with your business requirements and development.

RESOURCE REQUIREMENTS
Determine your level of current effectiveness and create a plan to effectively manage and maintain your hardware, software, and facility resources.

INSTRUCTION AND DEVELOPMENT
Develop education training schedules to increase effectiveness of technology integration within your organization.

BUDGET AND EVALUATION
Itemize your budget and break down technology costs through the years. Use collected data to determine where your strengths and weaknesses are within the organization. 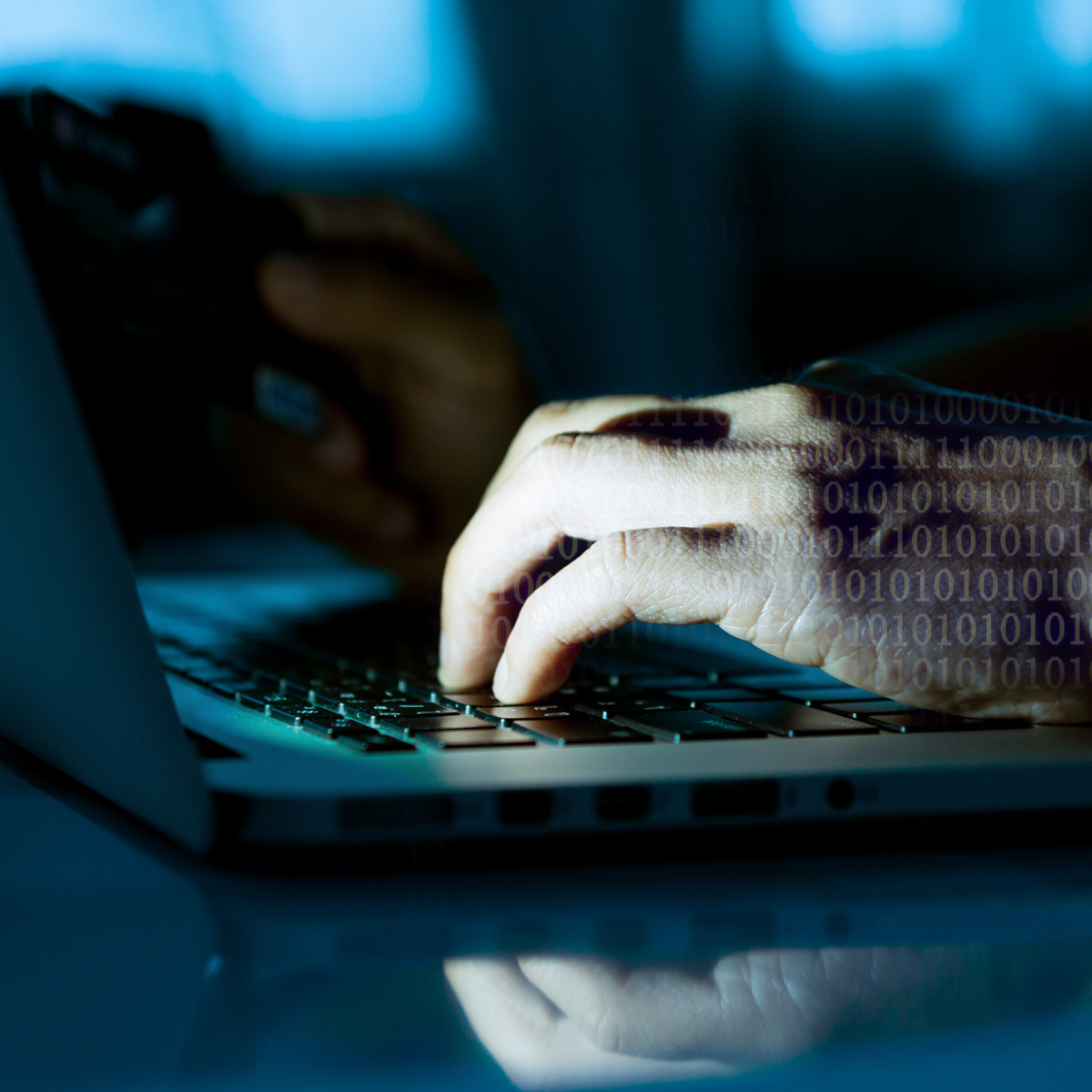 Take Control of Your Business

Request a Safety and Technology Evaluation

We analyze all of your business technology with the goal of eliminating stress, streamlining workflows, and increasing profit. You have nothing to lose!